How Robotic Technology is Changing The Future of Healthcare?

How Robotic Technology is Changing The Future of Healthcare? 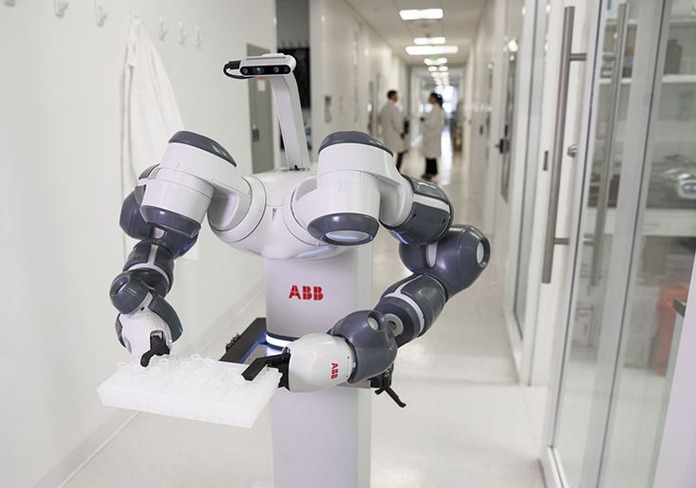 Have you ever thought about what will health care centers in the future look like? Did you ever think about the concept of replacing human doctors by programmed robots? Do you think that this concept is something not achievable? Now, most of the discussions around healthcare and technology broadly revolve around robotics. The future health care centers are already here and are heading in the right direction.

This article briefly discusses that how precisely the robotic technology is going to bring transformation.

Many times in our lives, we realize the truth that how better it would be if there is someone for our help during the times of sickness. Patients with paralysis truly realize this truth. Robotic medical assistants are a great boon to them. Robotic assistants give physical therapy by helping them to move around. They feel relaxed and happy through robotic assistance. Robotic assistants never show their faces (displeasure) despite how often they are asked to provide service.

Robotic medical assistants are also helpful in relieving both doctors and nurses from their tiring tasks. Robotic assistants can monitor the health statistics of the patient and immediately alert the nurse in case of any emergency. Also, they enter the patient’s information in their electronic health record.

Robotic assistants work in laboratories to collect patients’ samples. They can even analyze the samples and make their storage possible. They are also able to take out blood from the patients’ veins in a less painful method.

In addition, robots can perform repetitive tasks, non-stop. Nowadays, hospitals and many medical centers are using robots for many tasks such as delivering pills, bringing lunch to patients, and ferrying specimens and medical equipment to different laboratories.

Can you believe the fact that robots can perform surgery? When it comes to surgery, robots are more accurate than humans. Nowadays, robots are most widely used in performing surgeries. Robot’s precision is extremely to the point, which makes the work of human surgeons easier. In the past, surgeons had to make large incisions to reach the organs they needed to operate on. Later, in the 1970s, laparoscopic surgeries came forth. But even laparoscopic surgeries had some disadvantages because it was difficult to perform certain complex procedures, like removing complex tumors.

“Healthcare robotics technology is best for any tasks that ease the burden of providing, managing or receiving care,” says Laurel D. Riek, head of the Robotics, Health and Communication Lab at the University of Notre Dame’s Department of Computer Science and Engineering.

As she pointed out, “when mobile phones first became available, few people used them. Once people saw their utility and convenience, however, they became ubiquitous and, to many, indispensable.”