How Blockchain is Different from Bitcoin?

How Blockchain is Different from Bitcoin? 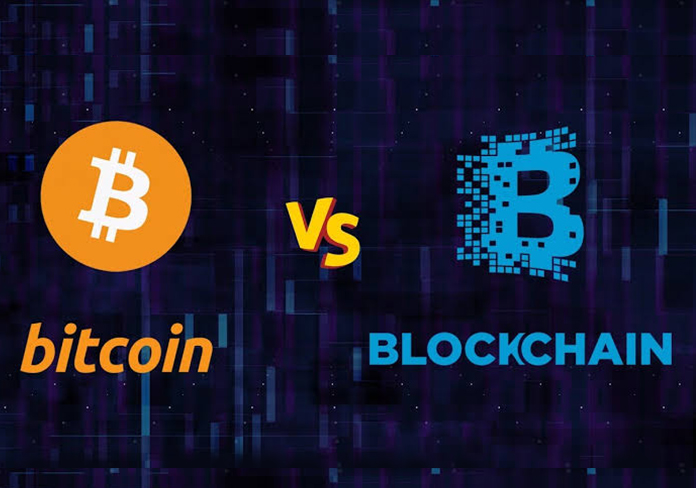 Through this article, we will have a deep and clear understanding of bitcoin, blockchain, and how there are different from each other.

Let’s start with the Bitcoin

Bitcoin is the first cryptocurrency — a form of virtual or digital cash. It is a decentralized digital currency without a central bank or single administrator that can be sent from user to user on the peer-to-peer bitcoin network without the need for intermediaries.

Bitcoin was first invented by Satoshi Nakamoto in 2009 with the aim to create an independent and decentralized electronic payment system based on mathematical proofs and cryptography.

But, what is blockchain?

Blockchain is a revolutionary technology or an ideal solution that acts as a digital ledger. It keeps the record of all the information including the details of senders, the receivers, and the transaction amounts.

Blockchain consists of a growing list of records called “blocks” where each transaction details are stored and recorded. These blocks are linked and secured through an encryption technique known as cryptography. After a regular interval, a new block is generated and added in the set with all the data stored and recorded which cannot be altered or changed.

Blockchain is designed in such a way that it is incredibly secure. Each block contains a hash or unique digital fingerprint of all previous blocks. Once data has been entered, it’s nearly impossible to corrupt or alters it as the data of every copy of the ledger on every network and every preceding copy stored in the chain which would have to be changed. Also, a block cannot be stored on a single server or controlled by a single entity, which makes it impossible to hack it. Hence, the blockchain acts as a bitcoin’s ledger which takes care of all bitcoin transactions.

Blockchain and bitcoin are two separate terms. While blockchain is the technology, bitcoin is its application. Blockchain is used to store, record, and secure each transaction that takes place by using bitcoin.