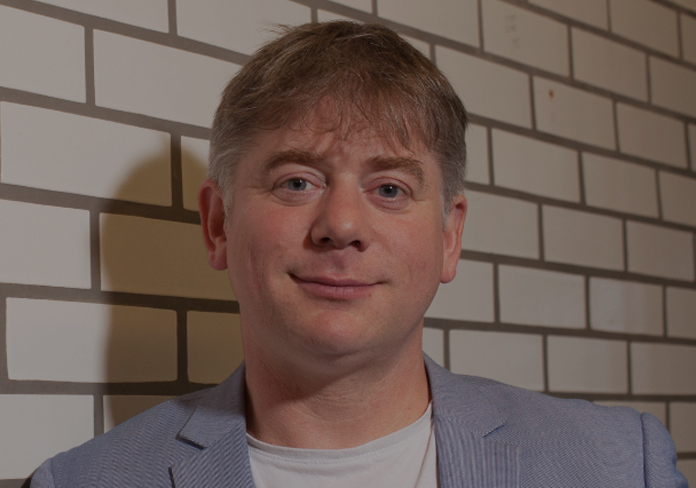 In the UK, one company is emerging as the champion of greener and cleaner energy. It’s a “disruptor” that is seeking to challenge the dominance of the “Big Six” energy providers that have historically dominated supply, often overcharging charging homeowners to the tune of hundreds of dollars per year. The Big 6 also show little appetite for embracing new, clean energy, or harnessing the latest technology in the drive to a sustainable future.

But to dismiss Octopus Energy as simply a “disruptor” doesn’t recognise its incredible growth. Since launching three years ago, the 100 per cent renewable electricity provider has grown its customer base to well over half a million homes and some 5,000 businesses. It offers carbon offsetting for all its gas supply as well, and is at the forefront of harnessing the latest technology in its messianic zeal to convert customers to its “green” energy mission.

Octopus Energy CEO Greg Jackson, a passionate and innovative entrepreneur from a tech background, launched the company in April 2016 with the backing of the Octopus Group, which manages more than £8.6bn of funds. Octopus Group has invested more than £2.7bn in renewable assets across Europe, while its ventures arm has backed UK success stories like Zoopla, Depop, Secret Escapes, and SwiftKey.

One of its key acquisition tools, as well as its impeccable environmental credentials and great competitiveness on price has been unrivalled customer service. The UK charity Consumers’ Association, affiliated with Consumers’ Report in the US, publishes Which? and reports scrupulously on customer testing and satisfaction. For the second year running, Octopus Energy is the only Which? Recommended Provider in this sector, after scoring the maximum five stars in all seven categories against which it was measured.

One question that constantly exercises the thoughts of the green-energy solution providers such as Octopus Energy is how can they meet the ever-increasing demand of energy supply? While helping the industry to meet current energy demands in the market, Octopus Energy is also involved in building innovative technologies to transform the industry.

Unlike other suppliers, Octopus Energy has developed and built proprietary tech as a billing and customer relationship management system. It is fully responsive and can can be built and maintained by experts in hours, has an incredibly agile offering across the whole business for both homes and businesses, playing a crucial in the transformation towards a far cleaner and economical system. It supplies 100 per cent green electricity to all of its customers by matching the kWh they use with renewably sourced power - some of which is electricity produced and fed back into the National Grid by Octopus Group solar farms.

In February 2018, Octopus Energy launched Agile Octopus, the world's first time-of-use energy tariff - which uses the power of the smart meter rollout to change the price consumers are charged for their electricity every half an hour, to match demand and supply pricing. Agile Octopus is the first smart time-of-use tariff of its kind, and the only one to be tested in-market, representing the future, and a crucial step towards redesigning energy infrastructure to support a low-carbon society.

Jackson explains, “There has been a long-held belief that it is very difficult to change consumer behaviour in energy. After all, most customers don’t switch suppliers even when they could save hundreds of pounds.” By launching Agile Octopus, the company ensures that people will change the way they consume electricity after moving from a non time-of-use tariff to Agile.

In fact, he adds, “Octopus Energy likes to challenge long-held beliefs. We know people don’t act as hyper-rational economic bargaining units but respond to a wide variety of factors like whether a decision is easy, makes sense, has immediate impact, or makes them feel good.” It also allows consumers to save money by shifting their electricity consumption away from the peak times, which can also support lower carbon emissions as energy can be used when there is more renewable energy on the grid.

Greg explains, “Across the UK, whenever more electricity is generated than consumed, energy prices fall – sometimes to the point where prices drop below zero, and suppliers are paid to take energy off the grid”.

With Agile Octopus’s Plunge Pricing, consumers can even reap this benefit - occasionally being paid to balance to use electricity at such times of excess. Octopus Energy truly is a new breed of energy supplier, an energy tech company that has an undeniable human presence via its new digital customer service platforms. The company is trying to change the public’s perception of energy companies, which is historically negative, by giving power back to the people.

The business section of the company – Octopus Energy 4 Business — has expanded its client base by launching a customised green energy tariff called the Leicester Business Power tariff - only for regional and local businesses in Leicester, a city in the East Midlands (where Octopus Energy also has a service centre). The tariff is created to deliver 100 per cent renewable electricity to the city’s local SMEs.

Greg says, “Local businesses have a huge leadership role to play across the UK, starting in Leicester, and we hope that by embracing the Leicester Business Power tariff they will inspire their customers to think about how they can become more sustainable too, while spearheading change in other UK cities”.

Across the UK, Octopus Energy is rolling out a programme to plant 10,000 trees, potentially saving 20 metric tonnes of carbon dioxide from the atmosphere. It’s doing this in association with local schools, communities and volunteer groups.

Backed by its enabling and innovative technology, Octopus Energy provides an easy, affordable energy option for the UK's visionary consumers and businesses with fair and transparent prices to make everything as easy as possible for customers. It doesn’t treat its customers like numbers. Its personalized way of delivering customer service makes it stand out from its peers in the industry. Octopus Energy is building technology that will define the sector's development, from the big ideas to the small.

“In the coming future, the company will remain committed to disrupting the status quo with energy that's good for the planet, good for your wallet, and, honestly, good for your soul,” says Greg.

Unlike other suppliers, Octopus Energy has developed and built proprietary tech as a billing and customer relationship management system