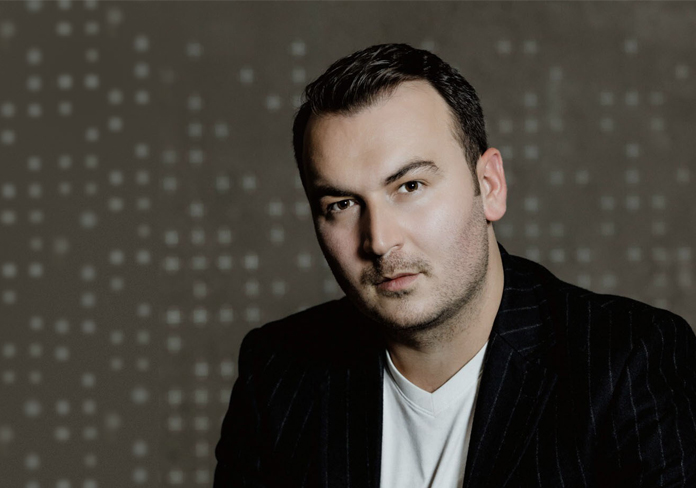 A few years back, in October 2008, when blockchain technology was originally created, the idea was to decentralize peer-to-peer transactions. But today, this advanced technology is used to enhance security and add a layer of transparency to the business sector, while ensuring data immutability. Currently, this ground breaking technology facilitates the creation of innovative applications called 'Smart Contracts' - the next generation of blockchain tech that enables business leaders and end-customers to transform their traditional and standard paper-based contracts into digital forms.

Developed on top of a blockchain network, a smart contract is a computer code that contains a set of rules under which parties agree to interact with each other. It transfers and validates digital assets under specific conditions and allows buyers and sellers to make trustworthy and legally-binding agreements on a peer-to-peer level. With advantages such as providing direct business facility between buyers and sellers, eliminating third-party involvement, and  eliminating extra costs, smart contracts have become an eye-catching application of blockchain technology for both business leaders and end-customers worldwide alike.

However, the situation was not the same two years ago. Though smart contracts were popular at that time, their accessibility was not very prevalent. Due to the lack of proper channels and platforms, it was difficult for business leaders and end-users to access smart contracts and optimize their benefits. Mihai Ivascu, a rising and vibrant entrepreneur, saw this challenge as an opportunity and decided to develop an app store where he could easily facilitate the adoption of blockchain technology and its application (smart contracts)  on a large scale.

In 2017, Mihai launched Modex - a complete ecosystem which enables developers, teams, and businesses of all sizes to learn, create, test, deploy, and sell smart contracts and decentralized apps in one place. Based in London, UK, the company offers Modex Marketplace - the world’s first smart contract and DApps marketplace - to developers where they can write, test,  deploy, and sell smart contracts and DApps to companies and end-users in broad-range. In addition, Modex offers other platforms including Modex Dev platform, Modex Enterprise, Modex Academy, and Modex Community to bridge the gap between developers and end-users and bring the benefits of blockchain technology to the real world.

Nowadays, businesses are no longer using the paper-based contract method for maintaining records and confidential information.  Due to recent advancements in technology, companies are actively searching for new ways to streamline their operations and increase productivity, and many are moving towards smart contract solutions to achieve this goal.

Concerning this issue, Modex Dev, is an ideal platform for developers. Designed by placing developer’s requirements at the center, it is an opportunity-based platform that includes project repository, issue tracking, project documentation, and collaboration tools— these are some of the functionalities they can access in the Modex Dev Platform to develop the next generation of smart contracts and DApps. Mihai states that “Our blockchain development platform has been engineered with developers' needs in mind: to enable them to create the next generation of smart contracts and decentralized apps (DApps).” It creates an environment which includes a full suite of free tools: IDE, Test Net, Source Code Auditing, and Suite of Oracles—which developers can use to write, test, publish, , and sell smart contracts in the Modex Marketplace to companies and end-users. Moreover, it helps developers to showcase their programming skills and creativity and monetize them to generate revenue. Mihai underlines that “70% of the revenue goes to developers and 30% to Modex. Out of this 30 %, 15% goes to the Community Pool in order to support developer-related initiatives, dedicated events, etc.”

In this ultra-competitive business environment, there are many companies that offer similar solutions to compete in the market. But one major aspect which makes Modex unparalleled in the market is Modex Blockchain as a database (BCDB).

Modex BCDB is a platform that will significantly help speed up the adoption of blockchain at enterprise level, with core functionalities that add value to new and existing products, making them blockchain-ready. Modex BCDB is highly innovative solution goes beyond the state of the art by facilitating migration from classic client-server database products to a distributed blockchain-based back-end engine and by mixing the standard database engines with blockchain features in order to obtain decentralization, data integrity assurance, high availability and scalability, improved security, and a new way to manage business data records. Modex BCDB wasn’t designed to eliminate databases, which are essential for any enterprise, but to mix standard database engines with blockchain features. Modex BCDB presents itself in a similar way to any database engine, so implementing it into new projects will require minimal effort. For existing products, the required change of connection from the database to Modex BCDB can be more or less complicated, depending on how the software product is designed; a good design will facilitate a faster transition.

Modex Blockchain as a database is a game- changing solution for businesses in the market. It is a software product designed to support businesses that wish to migrate from client-server database oriented products to a distributed blockchain based back-end engine. It is a combination of two worlds: the blockchain framework and traditional database components. The blockchain framework brings unbeatable advantages to businesses - data immutability, data integrity, data traceability, distribution, and decentralization - while traditional database components offer big data storage and quick data access for businesses.

When talking about the additional advantages of Modex BCDB, Mihai highlights the following: “Transparency (all parties using the system will have the possibility to maintain their own nodes/data and confront on shared data transactions) and real-time backup (use as many network nodes as you need to store business data in real time).” With its wide array of services, Modex has become a fully-fledged blockchain company and a focal point of blockchain development in the country. It delivers an affordable and efficient solution to developers, enabling them to build viable blockchain-based applications in the market. Mihai adds: “Modex, the blockchain company, offers fully integrated services designed to solve the last mile adoption problem of the blockchain.”  But that’s not the end!

Moving towards a sustainable growth

Mihai emphasizes: "The journey has been amazing so far. Modex has grown immensely in the market." To continue this growth, the company has strategically charted out a roadmap for its future. In the second quarter of this year, the company will launch Live Net— an Ethereum network which does not require Gas for DApps and DApps at the IDE level. Furthermore, it will implement the Modex Academy, extensively. Through Modex Academy, the company will focus on the educational system to promote blockchain and its related courses amongst interested developers, while also targeting non-tech individuals with a curriculam designed to introduce them to the core concepts of this revolutionary technology.

Mihai Ivascu: “The Blockchain Business Analyst Course will help non-technical individuals understand, master and apply blockchain technology in the real world. The course has been purposely designed to target individuals with no background in programming, it has a step-by-step approach and it strives to make blockchain understandable for anyone. After completing the course, you will be able to analyze and determine how to best apply this groundbreaking technology in order to streamline operations and increase productivity in your businesses.”